A senior North Korean defector told VOA Korean that the current efforts to tighten economic sanctions on the North are effective and could over time destabilize Kim Jong Un’s regime.

“Economic sanctions, if continued, will erode the North Korean regime’s grip on power, create more opportunities for market activities and stir all kinds of corruption and disorder in the country,” said Ri Jong Ho in his first public interview since his defection in late 2014. “That loosening of government control will strike at the very foundation of the [top-down] leader-based system.”

His remarks came in advance of President Donald Trump’s summit this week with his South Korean counterpart, Moon Jae-in, where they are expected to focus on the common threat posed by the Kim regime and its nuclear ambitions. 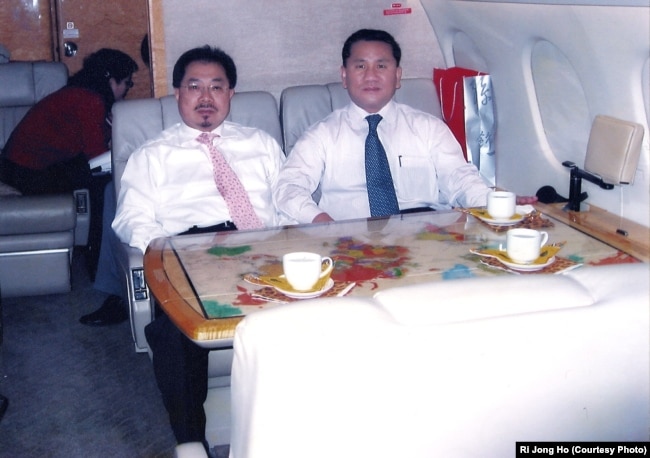 His last posting was in Dalian, China, as the head of the Korea Daehung Trading Corporation, which is managed by Office 39, a secretive branch of the North Korean government. According to the U.S. Treasury Department, Office 39 engages “in illicit economic activities and managing slush funds and generating revenues for the leadership.”

According to Ri, who observed firsthand the North’s efforts to keep the regime afloat during a severe famine and financial crisis in the mid-1990s, when Pyongyang faces “an immense amount of pressure,” it becomes “more defiant” and focuses on weapons development.

And that may be the case today, as the international community expands sanctions and Kim continues to make public demonstrations of his advanced weapons programs.

The regime has conducted a nuclear test and launched a string of missiles since early 2016. While North Korea has made no secret of its desire to develop an intercontinental ballistic missile capable of delivering a nuclear warhead to the U.S. mainland, Ri said Pyongyang considers South Korea as the primary target of its nuclear strike plan.

Minerals such as coal and iron ores constitute more than 45 percent of North Korea’s exports, which total $3 billion annually, according to Ri. Worried about too much reliance on one sector, Pyongyang capped its annual anthracite coal exports at 5 million tons in 2008, Ri said. But that fell apart, as by 2013, North Korea exported twice that, and in 2016, four times the cap, generated that much more in needed funds.

“This clearly shows how North Korea is suffering from a lack of hard currency,” Ri said. “It is inevitable that any disruption on North Korea’s [mineral] trade will have a significant impact not only on its people at large but also on its leadership.”

The three-month suspension of the North’s coal exports following the execution of Kim’s uncle, Jang Song Thaek, in early 2014 is a case in point, Ri said. The break, he explained, not only hit the country’s mining industry hard, but also hurt all sectors of North Korea’s economy including small businesses in Pyongyang’s local markets.

When asked about recent reports of a continued surge in gas prices, Ri said, “There is a high chance that sanctions might have disrupted North Korea’s imports of gasoline from China.”

North Korea imports up to 200,000 to 300,000 tons of diesel from Russia every year, he said. Companies in Singapore, Asia’s commodity trading hub, have been acting as a bridge between the two countries for more than two decades.

“We first strike a deal with Singaporean firms, which then enter into another contract with Russian oil companies,” Ri said. 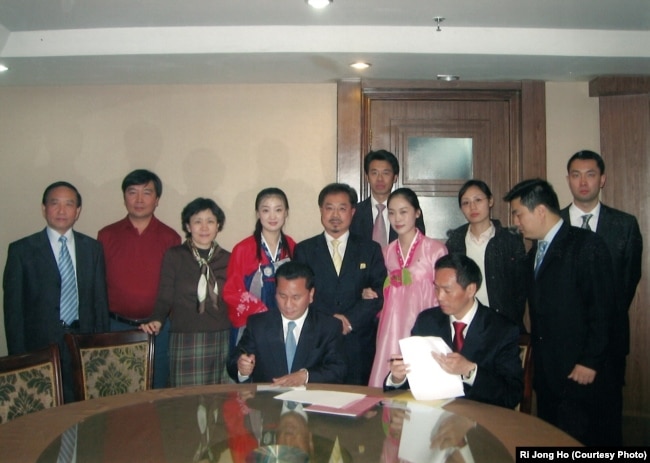 By having respected or highly rated Singaporean intermediaries do business with Russian companies, it is even possible for North Korea to have the oil delivered before making any payment, said Ri, who was deeply involved in transporting the Russian oil to Pyongyang between 1997 and 2005.

Given the continued movements of North Korea’s oil tankers, it is likely that transactions between Pyongyang and Singaporean companies continue to take place today, he added.

Moscow is not alone in providing oil to Pyongyang, Ri said.

Beijing exports some 50,000 to 100,000 tons of gasoline by tanker every year. There are about 10 to 12 North Korea oil tankers capable of carrying up to 3,000 tons that sail in and out of Russian and Chinese ports, he said adding that China also supplies the North with roughly 500,000 tons of crude oil by pipeline, all of which though goes toward Kim’s massive military, all of which is free of charge.

“If the U.S. government begins to crack down on Pyongyang’s imports of oil, the North Korean regime will inevitably suffer heavy damage,” Ri said. “If the operations of the North Korea-bound tankers carrying oil from Russia and China come to a full stop, the regime’s lifeline will be severed.”

In Washington, Trump, who views Beijing’s leverage as key to resolving the North Korean nuclear threat, is urging greater engagement by China.

While North Korea analysts agree with the Trump’s administration that Beijing plays a critical role, many are skeptical of China’s stated willingness to impose sanctions over North Korea’s belligerence. 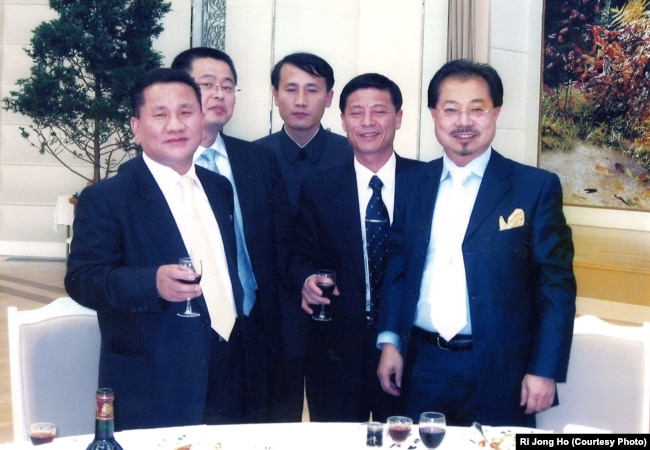 Ri Jong Ho, left, poses with Chinese investment tycoon Sam Pa, right, and others at a banquet hall in Pyongyang in January 2007.

“Sanctions directed against North Korea’s mineral exports or its import of crude oil could have an impact on changing the Kim regime’s approach, there is no evidence — and in fact evidence to the contrary — that Beijing would actually implement restrictions/embargoes on mineral imports or exports of crude oil to North Korea,” Anthony Ruggiero, a senior fellow at the Foundation for Defense of Democracies who is former deputy director of the Treasury Department and an expert in the use of targeted financial measures, told VOA Korean on Monday.

Ri shares this view, saying, “I do not think the Chinese government will continue to be on the same page with the U.S. and impose sanctions against North Korea because China’s strategic goal is different from that of the U.S.”

He said despite the growing North Korean threat, Beijing is well aware of the fact that it does not have much — if anything — to gain from a North Korean regime collapse or a unified Korean peninsula, which would likely come under U.S. and South Korean sway, if realized.

Ri defected to South Korea in October 2014, and came to the United States in March 2016. He lives in the greater Washington, D.C., area with his wife and two children.

This site uses Akismet to reduce spam. Learn how your comment data is processed.